On this page are instructions on how to play the mini-game “Puffle Launch” on Club Penguin. First, head to the Pet Shop by waddling into the building in the Plaza, or by teleporting there using your EPF Phone.

Waddle over to the cannon:

Choose one of your regular puffles to play with. Once you do, you will see this interface. 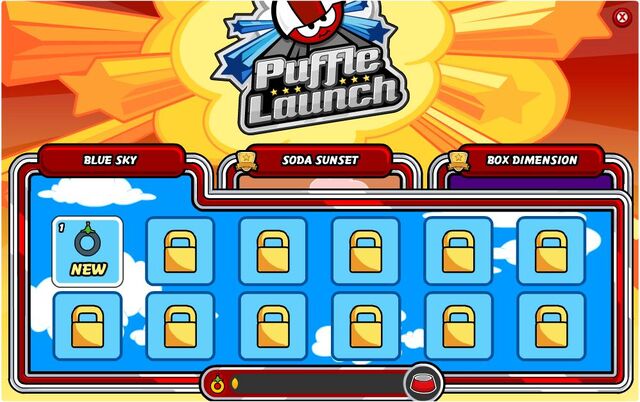 The goal of the game is to lunch your puffle from cannon to cannon, try to collect as many O-berries as you can in each level, and reach the flaming hoop at the end.

In the last level of every category, an evil crab named Klepto will appear and steal the target, and you will have to bounce on the dome of his ship several times in order to get it back from him. Halfway through each category, he will also appear and mess with you somehow.

We hope you enjoyed this guide. If you still have questions on how to play Puffle Launch, leave a comment below!

One thought on “Puffle Launch”

What do you think? Cancel reply

Click here to use this banner on your site!